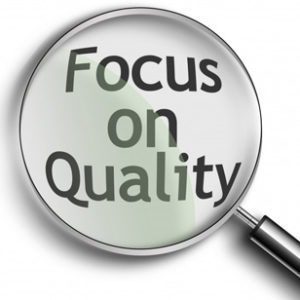 I thought I’d take a brief moment to point out a successful use of online video: The Circle Players. The Circle Players, begun in 1949, is one of the oldest community theater troupes in Tennessee—they’re also a nonprofit. All the members, from actors to set designers, are volunteers.

To promote the biggest production of their current season—an adaptation of the musical, Fame—they decided to get jiggy with it, and create a viral video. Their concept? Flash mob dancing, naturally.

By now you’ve all seen plenty of great examples of flash mobs, likely those created by the fantastic Improv Everywhere group. The concept is to stage an apparent spontaneous group event in a public place… and make onlookers gape in wonder.

The Circle Players chose to set their stunt at the Nashville Farmers Market, a trendy downtown lunchtime spot sure to have plenty of clueless onlookers (in addition to being, you know… an actual farmers’ market). At the predetermined moment, the music for the classic “Fame” theme began, and members stood up and started performing one of their choreographed numbers from the show. As many as 50 or more members participated.

In the days that followed, the bloggers and local media were all over it… giving The Circle Players the press they’d hoped for.

And while the video only garnered about 5,000 views on YouTube, it was a clear success. Jim Manning, the President of The Circle Players, suggests that the flash mob was a raging success from a buzz-creation perspective. In fact, by the time he edited his video together from 10 different camera angles, someone else from the crowd at the Farmers Market had already uploaded their own video of the event to YouTube.

There was an extended life for the campaign on Facebook, as members of The Circle Players used the social networking site to further publicize the video. A local paper, The Nashville Scene, published an article about the flash mob, along with countless blogs and personal websites all over Tennessee and as far away as Washington DC. Local organizations have called to request The Circle Players come perform for their meetings. The Farmers Market immediately asked the troupe when their next flash mob would be, and the Tennessee Reparatory Theater even passed the video around their own offices as an example of creative marketing. Not too shabby for a nonprofit community theater, eh?

And there’s even some evidence from their internal audience surveys that suggests the flash mob did its job and brought people out to the production.

“I’m glad Circle Players could kick off its 60th season with something rather innovative and that it got people talking about Circle Players in general and about Fame specifically. In that sense, it was a huge success since it garnered a lot of excitement from people who are involved in Circle and people who are just hearing about this organization. Will we do it again? Hmmmm…”

Judging by that quote, I’d say they are a lock to employ viral marketing again in the future.

So what’s the lesson for us marketers? Number of views doesn’t matter… at all. Not one bit. Not really. What you want are the right views by the right people… at the right time. I’ll see your million views by non-converting teenagers and raise you 5,000 views by business decision makers who are ready to buy.

This concept is not unlike a successful pay per click campaign. A good pay per click campaign is not targeting clicks… but rather the right clicks… those that are most likely to convert. If you want to throw away money on PPC and get hundreds or thousands of clicks… be my guest. I’d be more inclined to suggest you spend less and get fewer clicks—the right clicks from the right audience—and thereby actually increase sales.

Viral marketing is no different. The Circle Players didn’t spend any money on their flash mob. They just took an hour or two of their day to go do what they love doing anyway—performing for crowds. And the end result was something that all the billboards and Graffiti Advertising bathroom ads in the world couldn’t have created. So many small and medium businesses summarily dismiss the idea of a viral video because they feel they’d need tens of thousands of views to be considered a success. That couldn’t be further from the truth.

Conclusion: No business is too small to capitalize on the many benefits of viral marketing. Provided you target your content to the right people, you don’t even need massive amounts of views to attain success.

Now sit back and digest all that while watching The Circle Players surprise an innocent lunch crowd: