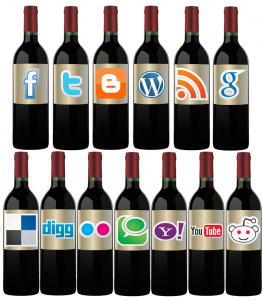 Networking through social media web sites like Facebook and Twitter could help your career. This has changed the direction of my career as well. I jumped on social networking about two years ago and really tried to understand how to make money from it. The first dollar I made was from putting videos on Youtube and could not believe how easy it was. Companies are always searching for that competitive edge, trying to stay one step ahead of the competition.

For Rick Bakas, these new communication tools helped him land his dream job.

Rick Bakas, a food and wine critic, was applying for a job at the Murphy Goode Winery. Bakas submitted a video to apply for a $10,000 a month job at the winery. The winery was looking for someone to blog, tweet and use social media to promote their wine.

Bakas’ entry for the Murphy Goode job gave him enough publicity to attract other wineries, and someone else hired him first.

Bakas leaves for Napa Valley with his wife next month to become the wine industry’s first social media director for St. Supery Vineyards and Winery, and he already is completely prepared for his job duties.

“If they send me a message on Facebook or Twitter and they say that they’re coming I’ll take them out maybe to the vineyard and we’ll have a BBQ and we’ll tweet about it while we’re drinking good wine.”

Bakas will continue hosting a weekly tastecasting on Twitter where his 25,000 followers can all taste the same wine at once and send their comments.

“There were over 715 tweets about this online tasting last night within an hour,” Bakas says.

Bakas also has an equally impressive number of Facebook followers and a huge presence on other social media sites.

“More people use social media as a form of communication than email so you can actually reach more people using Twitter or Facebook.”

Bakas says he’s happy with the job he has accepted because it’s a permanent position. The other position he was applying for with the Murphy Goode Winery lasted only six months, and only if he won the contest.

The way business is conducted has changed drastically over the past 10 years. There are many companies that never made the change, Tower Records is an example. They never imagined the Internet would change the music industry the way it did. For any business today, it is imperative to become an expert of these new communication tools. They can easily make or break any company.